And the legend of the white lady 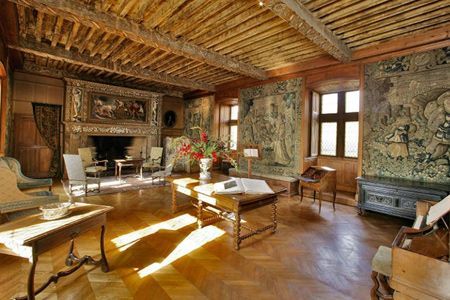 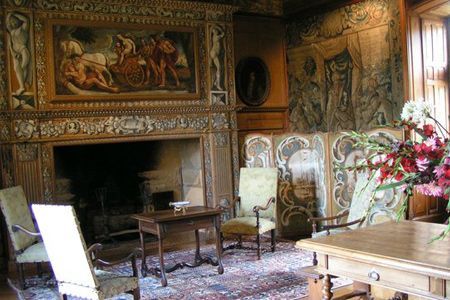 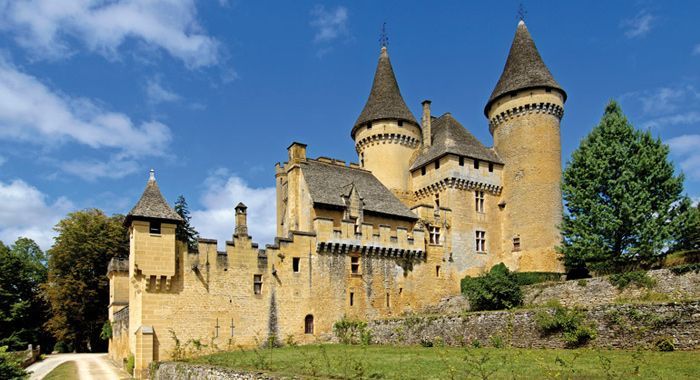 Only 13 km from the Moulin de la Beune

Built in the 13th century, it becomes, in 1357 English possession.
Redeemed by the Sarlat consuls who abandoned him, he was rebuilt in 1450 by Rodolphe de Saint Clar.

In the nineteenth century, the Marquis Marc de Carbonnier de Marzac, restores the castle in a Neo-Gothic style thanks to the dowry of his wife.

The castle is registered as a historic monument by decree of December 6, 1948.
One of its seventeenth century rooms, paneled and painted, is listed as a historical monument on March 1, 1971.

The legend of the White Lady
A legend says that a lady of the sixteenth century, Thérèse de Saint-Clar, would have been surprised with her lover by the unexpected return of war of her husband.
In punishment for her fault, she was sentenced to remain a prisoner for 15 years in a small room in the north tower. When she died, she was immured in it.

We could sometimes see her wandering at night, in the form of a white lady, on the castle walkway, before entering this room.

Learn more about Castle of Puymartin